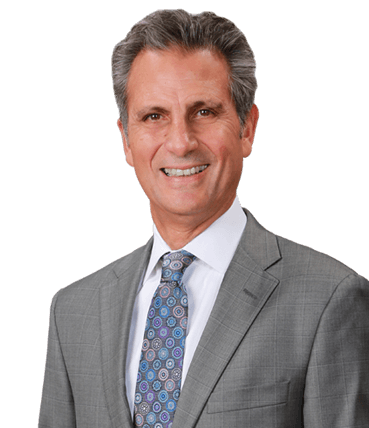 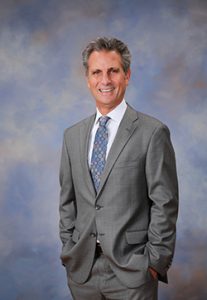 With over forty years of legal experience and over three decades being spent at Frederick & Hagle, Mr. Hagle has helped countless clients with litigation matters. He has practiced extensively as a trial attorney for personal injury clients and representing doctors in medical malpractice claims. Today, he limits his practice to personal injury claims on behalf of the injured persons and is committed to doing everything he can to secure favorable outcomes for his clients, whether that means going to trial or settling out of court.

Mr. Hagle has significant trial experience with personal injury cases and has won sizeable verdicts for his clients. He currently holds record verdicts for personal injury cases in both Vermillion County and Champaign County. He achieved a 15.1 million dollar verdict on behalf of an injured victim involved in a railroad collision in Vermillion County. He also has achieved a record 9.83 million dollar verdict for an accident victim in a bus accident in Champaign County. Resolving issues outside of trial is another of his strengths, with many cases being resolved by way of settlement for over $1,000,000.

No stranger to intricate courtroom procedures, Mr. Hagle excels at cases that demand complex court litigation such as construction negligence, bus accidents, wrongful death cases, auto accidents, and premises liability cases, among others. He is 100% committed to representing those who have been injured due to the fault of others and his capable handling of such cases has led to multiple professional distinctions and awards as a trial lawyer.

Mr. Hagle has spent over twenty-five years representing doctors in medical malpractice claims being brought against them. He has successfully defended every doctor in every case that has proceeded to trial.
A member of the American College of Trial Lawyers, an invitation-only fellowship, Mr. Hagle’s trial talent has been widely recognized among colleagues and contemporaries. This honor is only bestowed upon professionals with the utmost professionalism and ethical conduct, as well as a demonstrated mastery of the art of advocacy. No more than one percent of the total lawyer population in any state can be a part of the organization.

In addition to the above, Mr. Hagle has been awarded the distinction of being named a Leading Lawyer in Illinois and an Illinois Super Lawyer. He has also been named a member of the Illinois State Bar Association Civil Practice and Procedure Section Council and Tort Section Council.

Mr. Hagle is licensed to practice in all Illinois courts and all Illinois federal district courts and has argued cases in the Illinois appellate courts, the Federal Seventh Circuit Court of Appeals, and the Illinois Supreme Court. As a guest lecturer at the University Of Illinois Law School, he has presented lectures annually on depositions and settlement mediation.